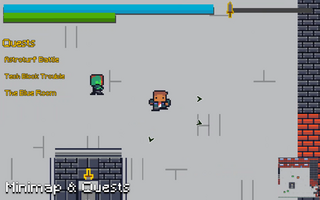 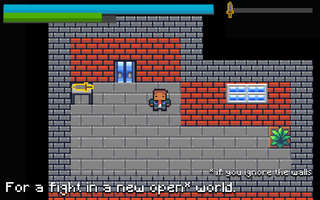 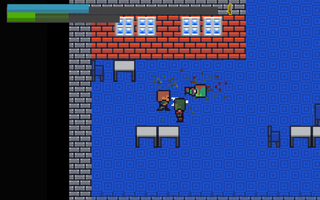 Hi.
We're not in any way a professional team, but we've managed to release a game, and that's awesome. In fact, this is for many of us our first game, and Generic Games was founded just for this project.

The Early Project
This project started when Ethan, Ethan and Bryce decided to make a 3d zombie apocalypse game. Of course, this was very ambitious. The first rule for new creators, of any kind, is always to start small - and this certainly wouldn't have been. As more people joined the team, prototyping began for a 2d, top-down and far more achievable RPG game. 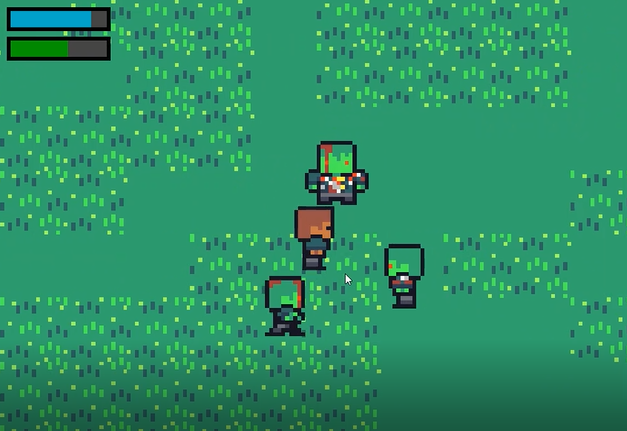 Honestly, the game is nothing unique. That's why we're "Generic Games" - a name that just stuck due to how true it was.

Beta
Reworks of entire systems, lots of polishing, and menus. Beta was really when this transformed from an experience into a game. It was the longest stage of development but also the most significant.

Beta saw the addition of the Stapler Gun; at first it was "just a joke weapon", both due to what it is, and how unbalanced it was - but it did go in the game eventually. It's still overpowered, of course, but trust me - in its first build it would create just an unstoppable shower of staples - now is better. The zombies got their own ranged weapons in Beta too.

Other Mentions
Difficulty and balancing took quite a while to improve - and it's still not great. For most of the game's development, zombies moved at the same speed as players.

GenZ has pretty poor accessibility - it was never designed with accessibility in mind. There is an attempt with the "High Contrast" mode to change the colo(u)r scheme of the health bar and make damage more visible, though its effect is likely very little as particle effects and the game world don't change to match that mode. This is something I'll keep in mind for the future.

This game was produced in Unity3d. Music was made primarily with LMMS.

What's for the future?
There will be a full release, though it might be a while.

Saving - Requested by multiple people already, a small save system is planned to go in the game's full release. This will let people set down the game and leave it for later, which is always great.

Weapons - I've been pretty conservative with adding new weapons - trying to keep them all unique - and balanced to an extent. But for the future, you can expect a lot more stuff to try out. We still have a "stun" effect in the code that's not been used. Yet.

It's been a blast making this game. Thank you to everyone who has taken part!

An RPG, where you fight in a little open world, against the undead.